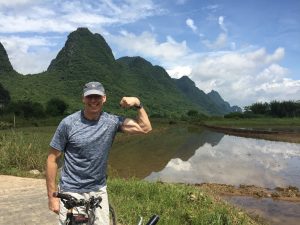 According to Joel Lavine, intrahepatic cholestasis in children is associated with an increased risk of stillbirth and premature delivery. Many infants born with intrahepatic cholestasis exhibit a low heart rate and are oxygen deficient during delivery. While most cases are benign, recurrent, and may require surgery, some infants with this condition are born with permanent neurological or developmental disabilities.

A neonatal cholestasis caused by citrin deficiency is an autosomal recessive metabolic disorder. Patients with this disorder have mutations in the SLC25A13 gene, which are more common in Eastern Asian races, European races, and Afro-Caribbean populations. It is self-limiting in the newborn and will resolve spontaneously within one year of life.

In most cases, the disease is harmless, although liver transplantation has been required in rare cases. Symptoms of citrin deficiency include growth restriction, hypoglycemia, pancreatitis, and severe fatigue. In addition to the symptoms, lab tests will reveal abnormalities such as elevated lactate-to-pyruvate ratio, higher urinary oxidative stress markers, and deviation in tricarboxylic acid cycle metabolites.

The term paraneoplastic syndrome is used to describe a set of systemic symptoms and signs that are not caused by the underlying malignancy. These conditions are thought to be caused by altered immune responses and are classified as non-metastatic systemic diseases. In some cases, the paraneoplastic syndrome is the first presenting symptom of malignancy, and its occurrence may delay the diagnosis of the disease.

Recent research has provided additional information about this condition. Many authors, including Echevarria RA and Arean VM, have published reports on this condition. Some of these articles also discuss underlying causes of liver tumors. In addition, several studies have documented the presence of hepatic hemangiomatosis.

A patient with FIC1 deficiency may present with intractable pruritus. At a late age, he underwent a partial internal biliary diversion (PIBD) to relieve his symptoms. However, after undergoing LDLT, he developed antibodies against BSEP. Although his disease has progressed, he had a successful outcome.

Patients with PFIC may undergo LDLT for bile acid removal, but it may not be as effective if the patient also has FIC1 deficiency. LDLT accompanied by total biliary diversion may also be ineffective. Data sets from the current study are available from the corresponding author upon reasonable request. The authors are also willing to share any relevant patient data sets.

The genetic etiology of cholestasis remains uncertain in a subset of patients. Next-generation sequencing was used to screen candidate genes in a large cohort of patients. The clinical features of patients with cholestasis were obtained from medical records. These studies have been beneficial in increasing our knowledge of the etiology of this disease.

Neonatal cholestasis is difficult to differentiate from biliary atresia in some infants, but its characteristic facies is often absent. Initial liver biopsy may show bile duct proliferation but the typical face of cholestasis is not evident during the neonatal period. The primary treatment for neonatal cholestasis is supportive, and the Kasai procedure does not improve the outcome, and may actually worsen the condition.

Joel Lavine described that the main goal of treatment for newborn infants is to prevent fetal harm from elevated levels of maternal bile acid. This condition is particularly dangerous to the developing fetus, as bile acids can affect the lungs. Newborn infants born to mothers with intrahepatic cholestasis should receive high-quality care immediately following delivery. This high level of bile acid can compromise respiratory function and cause fetal death.